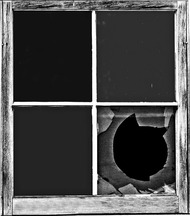 The company’s chief executive, Steve Ballmer, has continued to deliver huge profits. They totaled well over $100 billion in the past 10 years alone and help sustain the economies of Seattle, Washington State and the nation as a whole. Its founder, Bill Gates, is not only the most generous philanthropist in history, but has also inspired thousands of his employees to give generously themselves. No one in his right mind should wish Microsoft failure.

And yet it is failing, even as it reports record earnings. As the fellow who tried (and largely failed) to make tablet PCs and e-books happen at Microsoft a decade ago, I could say this is because the company placed too much faith in people like me. But the decline is so broad and so striking that it would be presumptuous of me to take responsibility for it.

Microsoft has become a clumsy, uncompetitive innovator. Its products are lampooned, often unfairly but sometimes with good reason. Its image has never recovered from the antitrust prosecution of the 1990s. Its marketing has been inept for years; remember the 2008 ad in which Bill Gates was somehow persuaded to literally wiggle his behind at the camera?

While Apple continues to gain market share in many products, Microsoft has lost share in Web browsers, high-end laptops and smartphones. Despite billions in investment, its Xbox line is still at best an equal contender in the game console business. It first ignored and then stumbled in personal music players until that business was locked up by Apple.

Microsoft’s huge profits — $6.7 billion for the past quarter — come almost entirely from Windows and Office programs first developed decades ago.